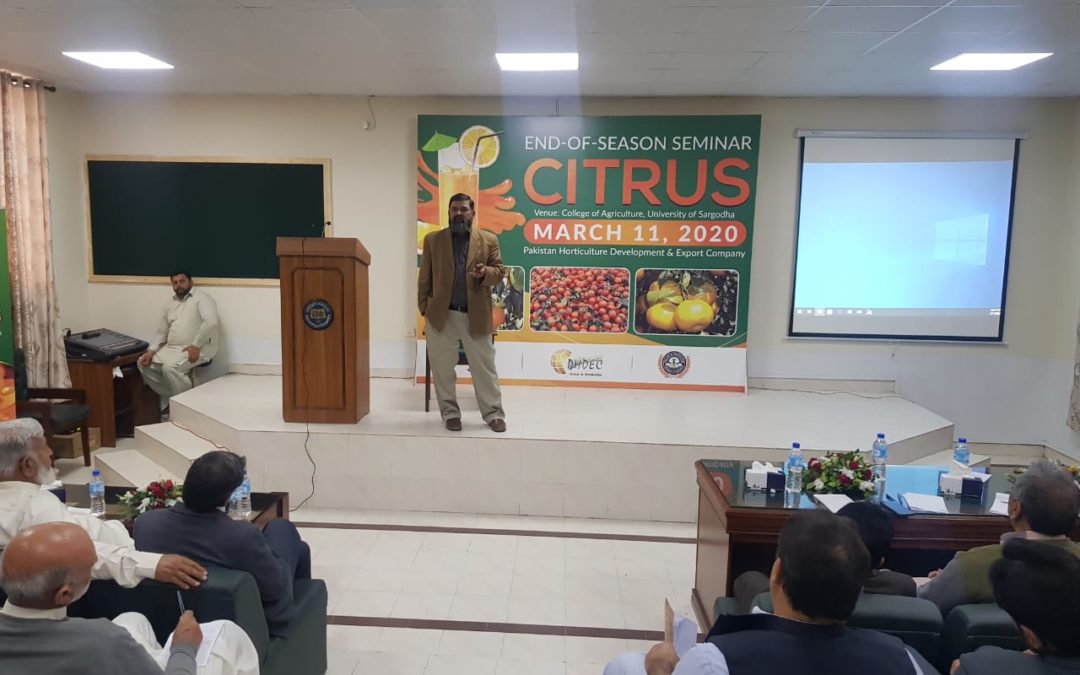 Pakistani Citrus exports surge by 25,000 tons this year: CEO PHDEC
SARGODHA, March 11, 2020: Pakistani citrus witness significant growth in the current season as the citrus exports went up by 25,000 tons as compared to the last season.
This was revealed by Mr. Nauman Aslam, Chief Executive Officer, Pakistan Horticulture Development and Export Company (PHDEC) while addressing as a Chief Guest to “End of Season Seminar on Citrus” in collaboration with College of Agriculture, University of Sargodha.
Highlighting the factors behind this increase, Mr. Nauman Aslam said that due to government’s supportive and friendly policies, international demand for our citrus has gradually increased, particularly in the Central Asian region. He said that as compared to the last year, the capacity of exporters has also increased who have been able to generate additional exportable surplus with the help of growers.
Mr. Nauman Aslam mentioned that Ministry of Commerce is finalizing Strategic Trade Policy Framework which contains various interventions that would benefit horticulture value chain. He further informed that recent approval of the Geographical Indications Bill from the National Assembly is a positive sign for Pakistan’s indigenous goods which include number of agriculture products. This will not only strengthen supply base of these products but also grant them exclusive rights through registration and export facilitation. PHDEC plans to conduct awareness and technical seminars on other horticulture products in the coming months for the benefit of growers and exporters.
The seminar was attended by over 100 participants representing citrus growers, exporters, processors, service providers and academia. Eminent speakers from farmer community, exporters, Agriculture Research and Extension Services and Department of Plant Protection presented their perspectives. 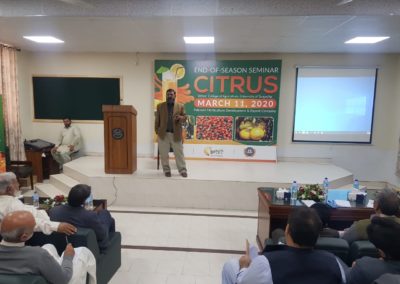 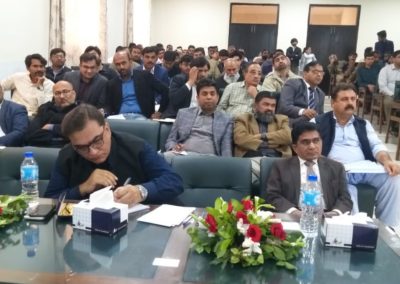 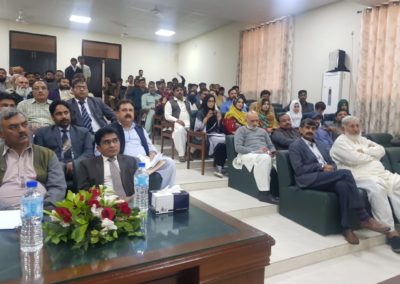