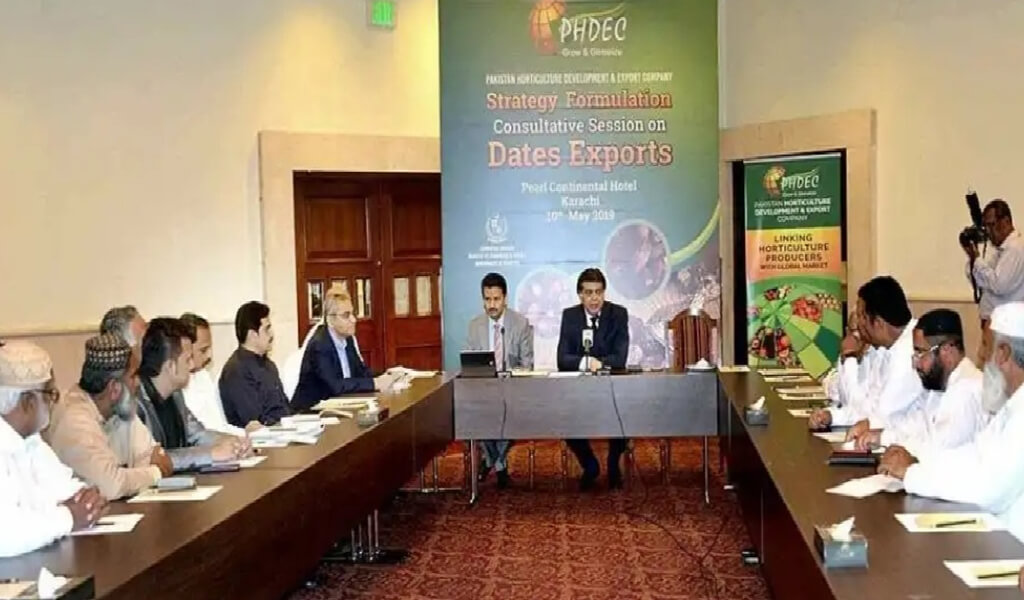 In the wake of imposition of 200% duty by India on Pakistani exports including dried dates, PHDEC organized the “Consultative Session on Strategy Formulation for Dates Exports” in Pearl Continental Hotel, Karachi on May, 10, 2019.

The session was aimed at taking all stakeholders on board on the current issue and exchange views/opinions and have suggestions for strategy formulation for market and product diversification with special reference to dried dates.

Mr. Muhammad Ashraf, CEO PHDEC presented the synopsis of world dates production and trade, Pakistan’s dates economy, analysis of international dates market, halt of dried export to India after imposition of 200% import duty and other issues faced by the sector in production, post-harvest and value addition.

Secretary Commerce, Sardar Ahmad Nawaz Sukhera chaired the session. In response to different suggestion, Secretary Commerce added that for establishing processing facilities in the public sector under PPP mode, Ministry of Commerce will convene a meeting of SMEDA, Secretary Industries and Secretary MNFSR. Ministry of Commerce is well aware of the plight of exporters and growers after imposition of 200% duty by India and no stone will be left un-turned to support exporters/growers to come out of these crisis”, he added. 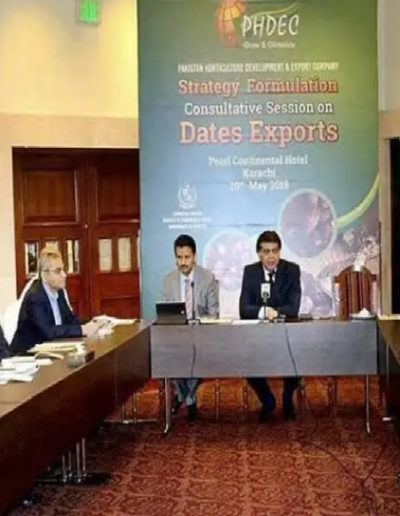 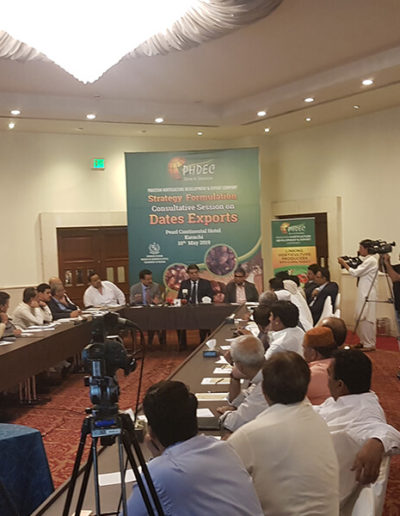 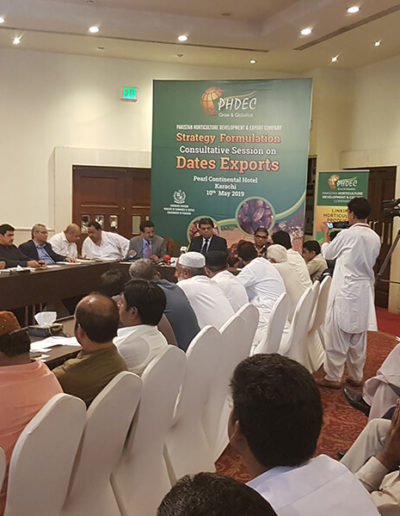