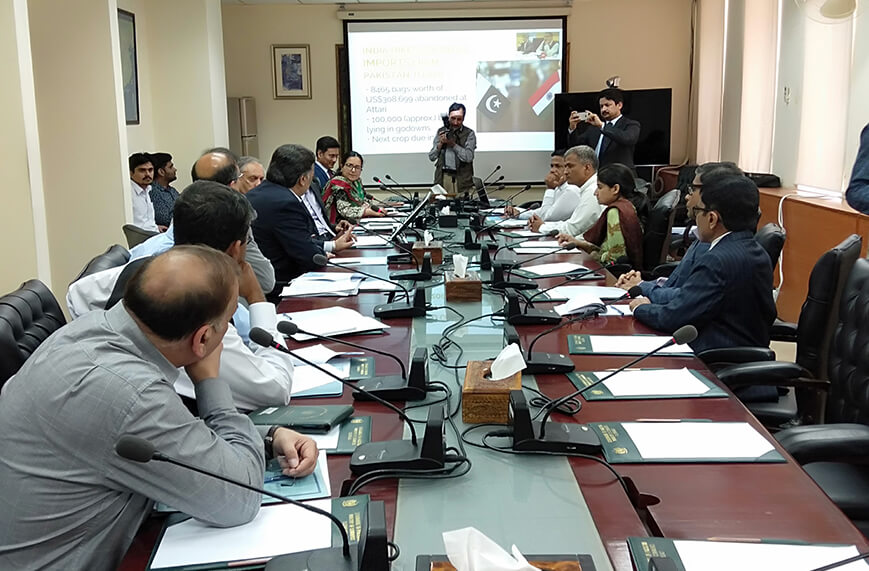 A meeting was held in the Ministry of Commerce today to discuss export promotion strategy for dates in the wake of duty hike by India to 200%. The meeting was held as a follow up to the consultative session with growers, processors and exporters of dates held earlier this month. Advisor to the Prime Minster on Commerce, Industries and Investment Mr. Abdul Razak Dawood chaired the meeting.

The urgency of the situation was highlighted by Secretary Commerce, Sardar Ahmad Nawaz Sukhera, requiring immediate intervention by different organizations of the government. Around 8465 bags of dried dates were lying at Attari, whose auction had been announced by the Indian customs authorities. In addition to that, about 150,000 bags of dried dates were waiting to be exported in warehouses. The situation would become grave when the new crop hits the market in July-August. On the demand of the exporters, Pakistan Horticulture Development & Export Company has developed a short term action plan, to handle the already exported consignments as well as those lying in warehouses. For this, the relevant stakeholders like the State Bank of Pakistan, Federal Board of Revenue and Ministry of National Food Security and Research have also been taken on board. SBP will consider individual requests of exporters, through authorised dealer, for allowing grace period on date of remittance of export proceeds against the e-forms issued for dates exports so that the exporters are not blacklisted for no fault of their own. Each exporter will provide proof to SBP that his consignment got affected for reasons beyond his control. In addition to that, the remaining stocks of dried dates will be allowed for export at the reduced market value, in consultation with Pakistan Customs.

In order to diversify the markets for dates and decrease dependence on one market, PHDEC will send marketing delegation of dried and fresh dates exporters and hold exhibitions during the month of July in Sri Lanka, Bangladesh, Nepal & Bhutan to help them develop new market linkages. As a medium term strategy, the export of fresh dates instead of dried dates will be encouraged. A delegation to study international best practices in processing and storage will be sent to UAE later this year. The representatives of Sukkur Chamber of Commerce & Industry thanked Ministry of Commerce and PHDEC for taking up their issue at every level and finding a solution. 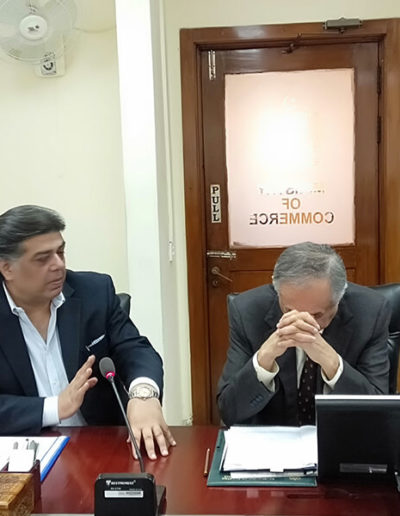 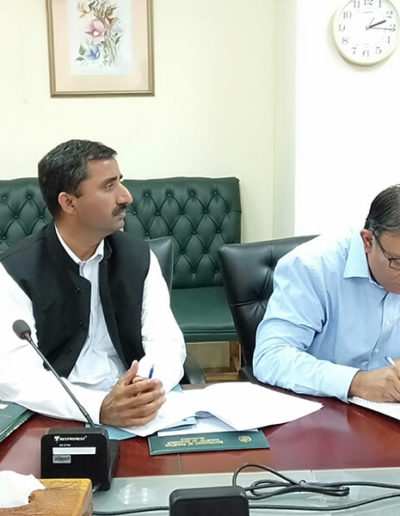 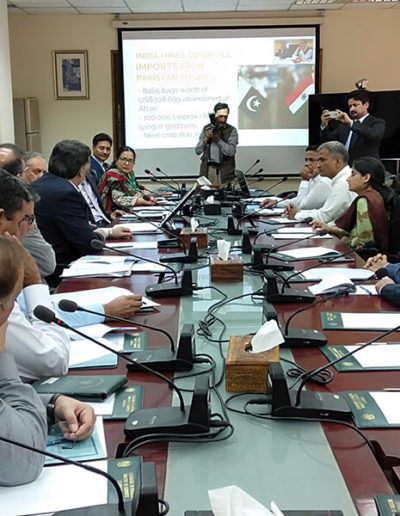 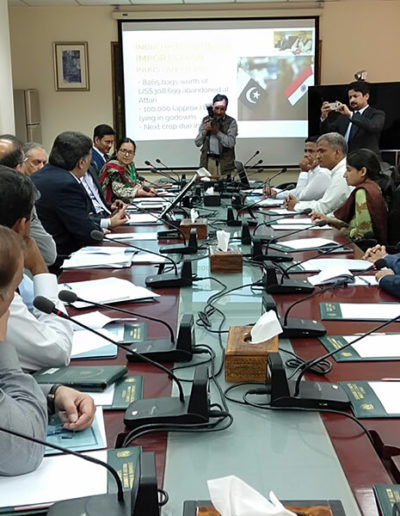